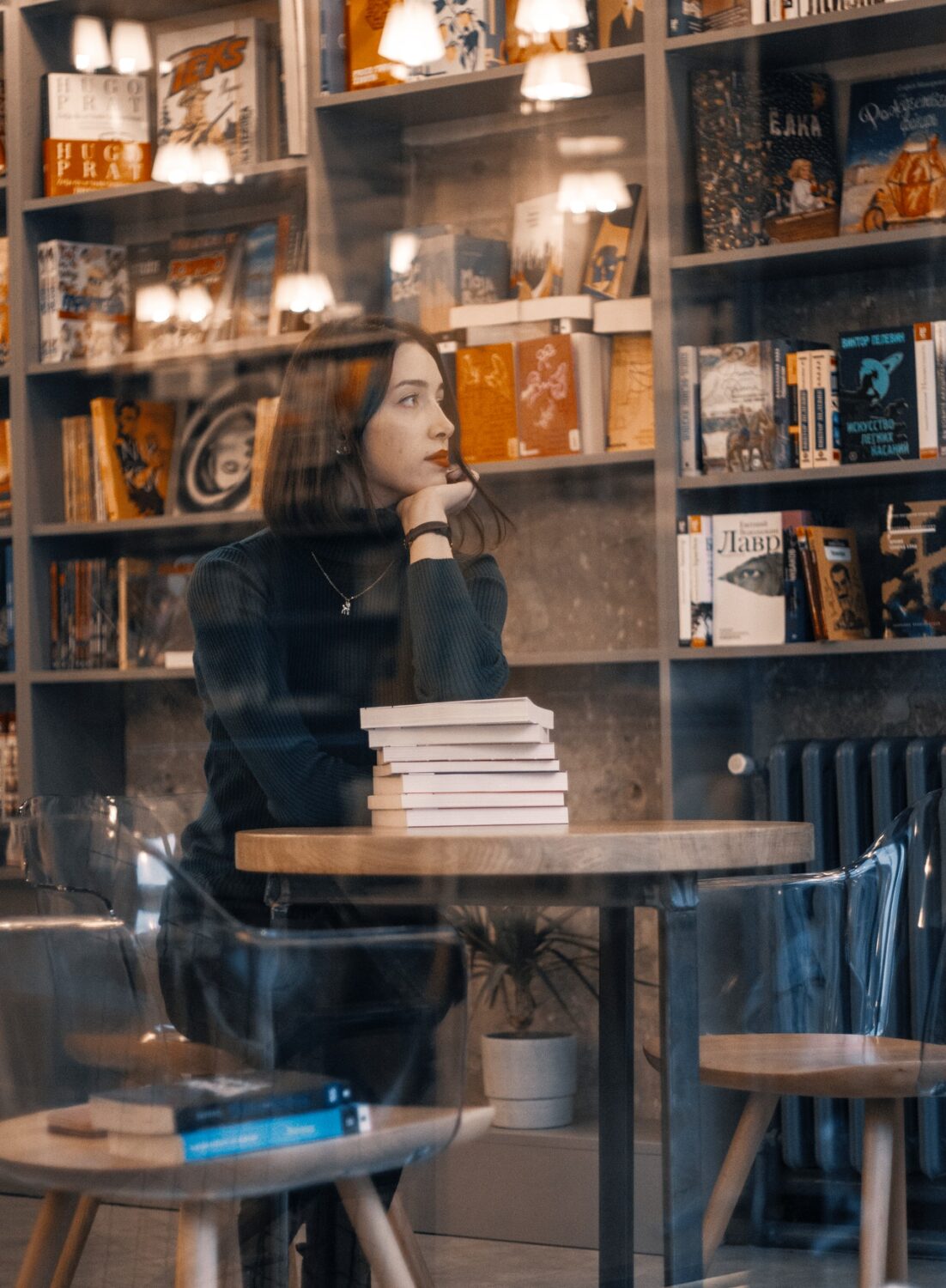 Every story is told from a particular point of view. It is the reader’s way “in,” enabling them to experience the world they are reading about. When the point of view shifts without warning, it takes the reader out of the action. Not only does it disrupt their experience, but it can confuse them about what is taking place in your story.

What exactly is point of view?

Put simply, it is the perspective through which the story is told. The point of view that you choose is important because it’s the lens through which your reader experiences the story.

The three primary points of view are:

Why is a story’s point of view important?

In a guest post on the Writer’s Digest Blog, Joseph Bates, author of Writing Your Novel Start to Finish, wrote that the point of view is the basic foundation of the reader’s relationship with a story. “Your goal in selecting a point of view is not simply finding a way to convey information,” he says, “but telling it the right way—making the world you create understandable and believable.”

When done effectively, the point of view you choose can accomplish 3 things: 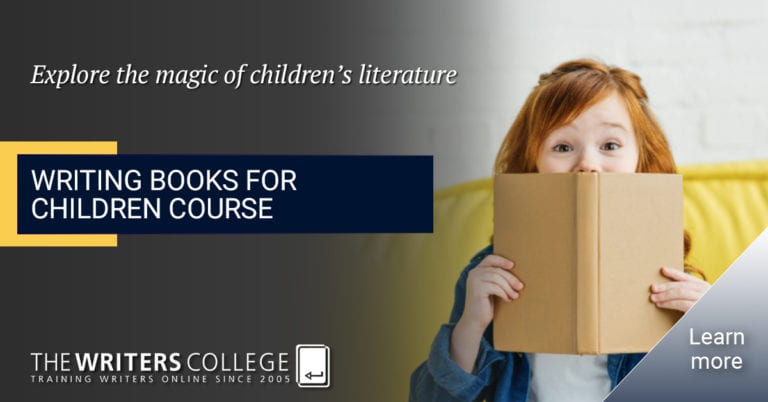 How do you choose the right point of view?

It comes down to what type of story you are trying to tell and what message you want to get across.

You can tell your story from any character’s perspective; just ask yourself how much information you want to give the reader and how this will affect their interpretation of events.

For example, if you’re writing a courtroom drama and you want your readers to sympathize with the accused, then you will tell it from their perspective, not from the prosecutor’s point of view.

Can you switch between multiple points of view?

Bear in mind that you can change the point of view to give a broader overview of the story. For example, you can tell a story from the point of view of the person on trial in addition to the perspectives of the judge and the lawyers. This would only work in a novel or novella, of course. Very rarely would this be possible in a short story where your word count is too limited to allow for competing points of view.

If you decide to switch between multiple characters in your story, use caution. Always make it clear to your reader when you’ve changed perspective, and whose point of view you’re using. To show that you have changed point of view, you can either use a decorative motif, a double paragraph break, or a chapter break to indicate that the scene has changed, and the point of view has changed along with it.

Changing the point of view can have its advantages. It allows you to give different versions of the same story. It can help you lead your reader towards a well-crafted twist in your tale. You can add suspense by feeding the reader bits of information from different sources, and then connecting all the threads together at the end. However, you need to tread carefully when switching between multiple points of view.

Learn How to Write Short Stories that Sell
LEARN MORE

How to avoid confusing your readers

Mistakes with point of view can have disastrous effects on your story, but they are easy to avoid if you follow these rules:

Readers can easily become confused when you change your narrative point of view in a story.

The best way to avoid confusion is to stick to one perspective for each scene. If you want to change perspectives, make it clear to the readers that you are doing so by adding spaces between paragraphs and making sure that it is obvious from the start which character or perspective you are using. Don’t be afraid to state the obvious and use names. Make sure to do so from the beginning of each scene.

Often a conflict can arise between using a particular point of view and trying to show the reader what’s happening in the grand scheme of the story. In an effort to show your readers all that is going on in a particular scene, you may end up jumping between characters in order to describe everything. All this does is complicate the story and confuse your readers. What’s worse, you run the risk of boring the reader because you’re likely:

In an excerpt from her book, Writing the Intimate Character (which can be found here), Jordan Rosenfeld demystifies how to work with multiple POVs. She makes three key points:

Rosenfeld advises, “Many writers use a formula wherein each co-protagonist gets a POV chapter or scene in a set rotating order: Protagonist A, Protagonist B, Protagonist C, all the way through the novel. Others might structure their scenes so one character appears more often than the others: A, B, A, C, A, B, A, C, or even A, A, B, C, A, A, B, C.”

Essentially, pick a formula and stick to it.

A common error with point of view occurs when writers don’t pay attention to pronouns.

The scenario often goes like this: you start out writing in the first person, using pronouns like I, my, me, etc. In the next paragraph, you accidentally switch to using “you,” the second person perspective.

I now find myself in uncharted terrain. The rain is sluicing down the car windows, the glass already so fogged up that the trees and fence posts outside have been reduced to black shadows that loom ominously close as I drive past.

Suddenly, due to an error of judgment and plain old stubbornness, you realise that you are lost.

It might seem bizarre that writers could change perspective like this, without noticing that their lines now barely make sense, but it happens all the time.

If you have difficulty sticking to one point of view, imagine that you’re the character whose point of view you are using. Think of yourself as playing a role in a production, like an actor. Think of what that character can see and know. They can imagine what another character is thinking, but cannot know for sure.

They can see what is going on around them but this is influenced by their own beliefs and opinions. Pay close attention to what is possible and what is likely to happen in a scene when told from one character’s point of view. It is not possible for them to know everything about everyone, and it is unlikely that they will be describing their own cherry red lips unless they have cause to do so.

Reading your story aloud is also helpful for catching these little logical slips.

Always remember that when you choose a point of view, you need to stick to it for the duration of a scene. Secondly, keep asking yourself if it’s possible for your character to know the information that he or she is revealing to the reader. If not, then you might be making a mistake with your use of point of view.

Bestselling author Joe Bunting put it best when he said:

“[W]hen point of view goes wrong—and believe me, it goes wrong often—you threaten whatever trust you have with your reader and fracture their suspension of disbelief.”

Remember, point of view is an essential part of your story’s foundation. Just like a building, a story without structural integrity is likely to collapse in on itself.

H R Green is a writer of short stories and has a passion for teaching Creative Writing.

She recently won the 2011 SA Writers’ College Short Story Competition with her story “The Tokoloshe”. With a BA Degree in English Literature from the University of the Witwatersrand (2007) and an HonsBA Degree from the University of South Africa (2009) she is about to embark on her Masters Degree. She completed the Short Story Writing Course at the Writers College in 2010.