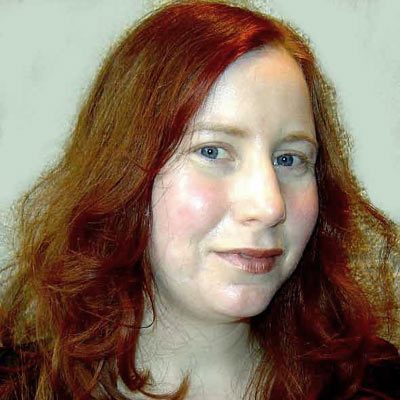 Lisa Lazarus is a freelance journalist for a variety of publications, including Men’s Health, Femina, Psychologies, Shape, Cosmopolitan, Femina, Healthy Pregnancy and the Mail & Guardian. Her memoir The Book of Jacob, co-written with Greg Fried, was published by Oshun. She has also published a novel When in Broad Daylight I Open My Eyes (Kwela, 2012) with Greg Fried, under the pen name Greg Lazarus.

Lisa tutors both the Magazine Journalism Course and the Memoir Writing Course at the Writers’ College.

Q. How did you become a writer?

I’ve always loved writing (and even more so, reading). As a child and teenager, creative writing was the only homework that I enjoyed and was most likely to do. I must confess, though, I did reuse my high school essays quite frequently. I always thought the idea of a creative writing exam was rather a problem – how could you have a time-limited exam when it came to writing creatively?

During my early adulthood I didn’t do much creative writing, although I did a lot of business writing in a management position. With my husband’s encouragement, I started writing for magazines, later memoir, and now creative writing.

I have great faith in the power of words to influence and endear. My relationship with Greg actually grew from letter writing: we met, he returned to the UK and we corresponded via email for a few months. When he returned to Cape Town, we decided to marry after only five days. In essence, we’d fallen in love by writing to one another… so never underestimate the power of words!

Q. How do you decide what to write about? Where do you get ideas?

This is a difficult question to answer. I struggle with plot and ideas – I’m not someone who has a million different ideas every day.

When it comes to magazine journalism, I often get ideas from a short piece of research I come across in a newspaper or on the Internet – for example, I might see research about the relationship between wealth and happiness, that increased wealth does not necessarily bring increased happiness. That might make me think about what actually makes people happy and from there I’ll get a magazine article idea. Though, of late, I have tended to write on the basis of magazine commissions and have not really been pitching that much.

With creative writing (I’m busy working on a novel with my husband), we first came up with characters – there is a philosopher and a psychologist in the novel – and worked on plot from there. We enjoyed writing our memoir together (The Book of Jacob) with its two voices and are now trying a similar technique with fiction. With plotting, we talk through ideas to see if they work or come up with stuff when we’re driving somewhere in the car.

I find I’m at my most creative when I’m walking. For some reason my mind becomes less linear with the action of repetitive movement, and this helps with creative writing. (On the down side, by the time I arrive home I’ve generally forgotten many of my thoughts!)

Q. How easy is it to make a living as a writer?

It is difficult, but I think it can be done. In order to make a living writing I think you can’t be too precious about what you write (for example, corporate work and press releases pay quite well), and you must be prepared to diversify. So, besides my writing, I also work as a writing tutor. I think it is very difficult to support yourself only through creative writing – most novels in South Africa are unlikely to sell more than about 1000 copies (and that won’t pay too many expenses).

Q. What general advice would you give aspirant writers/journalists just starting out?

The first draft is not the final draft. You have to edit your work many times over. By the time we had finished The Book of Jacob, I knew many passages off by heart. This requires patience (not my strong point) and perseverance.

Also, in order to write you need to read. It is through reading that you absorb language and a variety of ways of using it. (See it like this: it’s a good excuse for lying in bed and reading a novel.)

Q: What do you consider to be the most important writing tip you ever received?

When it came to writing our memoir there were actually two writing tips that were invaluable, and they are connected to each other. I came across both of them in Natalie Goldberg’s Old Friend from Far Away, a book about writing memoir.

She says: “Go for the jugular, for what makes you nervous. Otherwise, you will always be writing around your secrets, like the elephant no one notices in the living room. It’s that large animal that makes your living room unique and interesting.”

When we wrote The Book of Jacob there were many elephants we wrote about (some of them not very pretty). It was difficult, but also cathartic, to describe these elephants. I think it’s particularly good advice to write about “what makes you nervous” – generally, that material is complex and still requires resolution. The writing should hopefully highlight the ambiguity and possibly even the shame associated with the material. The resolution should be, at best, ambivalent. The upside is that many people are likely to identify with what you’re saying and feel a measure of relief that someone has said it.

The other writing tip concerns other people’s responses to what one has written. Not all people will like it.

As Goldberg says: “...this worry about writing what people close to you – or people not close to you – will criticize you for. What are you going to do? Walk around with masking tape glued over your mouth? You have to speak. That’s why you put the pen in your hand to begin with: in order to not blank out or turn your back. You have to be willing to go into the hot, steamy center, to go to the mat for sorrow, grief, concern, in order to shed light on what has been in shadow.”

I particularly love her last part – ‘in order to shed light on what has been in shadow’. I think good writing turns to the light what is often not seen or spoken about. It makes the hidden, clearer.

However, having said that, it’s very difficult to hear criticism of one’s work, particularly when it’s memoir and clearly true. To some extent, you have to learn to develop a thick skin, although this is far easier said than done. At the end of the day, you’re writing for yourself – you can’t really write for anyone else.

Q: When you mark your students’ work, what are key qualities you look for in their work?

First up, when it comes to magazine journalism, I want the piece to be interesting and engaging. My internal voice should be saying: ‘Oh, really, I didn’t know that, is that so? Who would have thought…’. When writing articles, a good way to achieve this is to blend case studies (I love reading about other people) with stimulating research. I want to learn something, but I also want to be touched. I know, this is a tall order!

And then all the other usual stuff: the piece must be coherent and logical and grammatically correct. It must be correct stylistically for the intended magazine. But, to tell you the truth, I’m prepared to forgive some of these faults if your writing (creative writing included) moves me and gets me to look at the world a little differently after finishing your piece.

Feedback from students on Lisa’s courses

“Lisa made this entire experience such a pleasure for me. It takes a special kind of lecturer to be able to give critique and feedback that empowers, gives insight and builds confidence. She has this gift. Whenever my courage started crumbling, she was right there showing me the way. I always felt safe in her hands. She is a great asset to SAWC! I feel very fortunate to have been able to work with her. I feel the course was extremely thorough and practical. So many times one does a course and afterwards sit with a book full of facts and no clue as how to implement them. This is not the case with SAWC! The knowledge you impart is directly related to the field and can be used in practice! Never have I felt so supported and encouraged by a team.” Michelle Nothling, Magazine Journalism Course

“Thank you, for this – I enjoyed this course very much! It has been such a busy first half of the year and it was really just Lisa’s thoughtful feedback and encouragement that kept me at it. I was also very impressed with the way the course broke down the process through the line from concept to accounts into manageable modules. It really helped me get over my angst about writing and interviewing. I will definitely recommend this course.” Nicole McCreedy, Magazine Journalism Course

“Thank you. It was great to do the course and I’m excited that FL accepted my piece! Lisa was a great tutor too.” Briony Chisholm, Magazine Journalism

“Just wanted to mention how fantastic the course material is!   I have done other courses in the past and they are positively Mickey Mouse in comparison with yours.  I am benefiting so much from it – and from your feedback.” Unsolicited feedback on the Write Your Memoir Course

Want to Transform Your Writing?